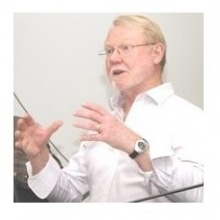 A professional communicator for more years than he cares to admit, Richard Linning’s career has taken him to every continent, most recently for a public diplomacy and outreach assignment in  Vietnam for the European Union, as journalist, marketing consultant, lobbyist for companies and countries, issue advocate and educator. As President of the International Public Relations Association (2011) he led the restructuring of IPRA to better reflect the language and cultural diversity of global practitioners.  Richard was made an Honorary Fellow of the Senate of the University of Bucharest in recognition of his promotion of the free flow of information as a key component of a the development of a democratic society.  While Scholar-in-Residence at the Center for Global Public Relations, University of North Carolina at Charlotte, Richard continued to contribute as lecturer, mentor and author of articles on ethical and other public relations practice issues.  Today he fobs off any questions about his retirement.