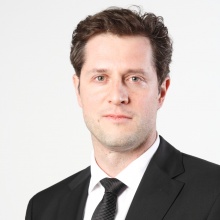 Jorge Gállego is Head of Public Relation and Corporate Communications, Sony Iberia. He has been working in marketing andcommunications for over 14 years. During that time he has been in charge of launching some key visual technologies such as Blu-ray Disc, Full HD or 3D and has been involved in marketing actions for a full range of Sony Brands including Sony Mobile, Sony PlayStation, Sony Music and Sony Pictures. During the last few years he has been developing projects in social media platforms, working with key prescribers and exploring new ways to reach the right target audience.

His background is in engineering with a degree from Telecommunications (Universitat Politècnica de Catalunya), BEng (honors) in electronic and Communication Engineering (University of Northumbria at Newcastle) and Industrial Engineer (Escola Industrial de Barcelona), he has also studied an executive MBA at EADA