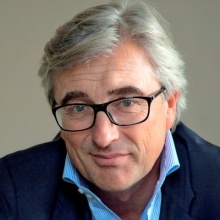 Fred Koblinger finished his studies on the University of Economics in 1979.

He started his career in Paris for the Austrian National Tourist Office (Marketing and Sales Promotion). From 1982 till 1986 he was Managing Director of Interhome Austria.

In 1992 he founded Palla, Koblinger & Partner (PKP), in order to prove that communication cannot be split in above and below the line. Quickly PKP became Austria´s number one brand-relationship marketing agency with a strong focus on creativity (4 Cannes Lions).

Fred Koblinger sold PKP to BBDO Worldwide in 2000, was then co-founder of Proximity, the BTL network of BBDO. He is member of the Proximity Worldwide Board and CEO of the BBDO Holding Austria.

His constant fight for integrated communication solutions was the success factor of PKP,BBDO, one of the largest agencies in Austria.

Fred Koblinger – once undoubtedly the pioneer of Direct Marketing in Austria today is one of the most senior ad personalities in Austria and well respected internationally.

He is frequently giving speeches at Worldwide Marketing & Advertising Congresses and was twice jury member in Cannes, in 2005 President of the Direct Lions Jury. He also led the juries for Eurobest in 2006, in 2007 at the Dubai Lynx Awards and in 2009 at the Spikes Awards in Singapore.