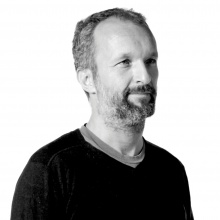 Alberto Tognazzi is a lecturer in the field of Visual Communications at the IED Barcelona Escola Superior de Disseny and coordinator of the Master in Interactive Apps Design. He is a semiologist by training, a film-maker by profession and has become a researcher of innovations on the Web who experiences the merge within his work as a Mobile Culture consultant and a specialized designer, working for the Spanish Ministry of Culture.

The creation of a video sharing platform in 2006 was the ground for the Movil Film Fest, the first short film festival for productions made with cell phones in collaboration with El País, Nokia, Sony Ericsson, Cuatro and MySpace. Since then, Alberto has been creating and initiating projects and reflections of the mobile world such as Mobile Cells, Embed.at and collaborative projects like Screen.ly, with the users' needs always kept in mind.