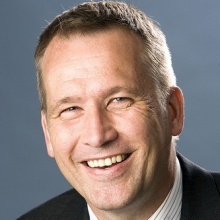 In the summer of 2009 Andre moved back to the company’s headquarters in the Netherlands to lead the network of 50 communications professionals around the globe. In his new position he is the communications advisor of the Philips Board of Management while he improved the efficiency, effectiveness and accountability of the function and introduced a new PR agency, including a new PR measurement system, within the first months after his arrival.