link to Forum 2010 video - Communication is...
"Empathy, trying to understand what the other needs and ensuring that you explain and you try to convey to the other something that will be to the benefit of the counterpart."
Cristina Gallach, Spokesperson for the Spanish Presidency, EU Council
"Fun."
Katrin Muff, Dean of Business School, Lausanne, CH
"Breaking down barriers between people, number 1, and number 2, it’s also about persuasion, about using the skills you have in talking and in listening, and writing, to move people towards some kind of action."
Shel Horowitz... » Read more link to Forum 2010 video with Cristina Gallagh - part 1
Interview:
We live in a very complex communication world in the EU – we are communicating on behalf of a number of governments that agree on certain decisions that need time to be taken. The legitimacy comes from the local, but the problems will only be solved in a global manner. We have always to be balancing these two angles – proximity and the global. The EU can help, can encourage, can be present, can be visible, but we are at the top and the citizens are at another level. Their daily contact will not be the EU as a structure; the daily contact will be the publ... » Read more 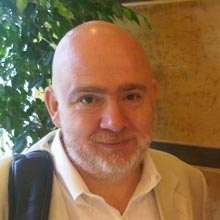 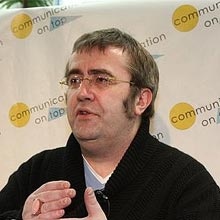 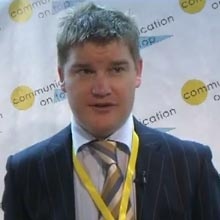 Jolyon Kimble: Communication in the Middle East – well, the first thing I’d say is that you can’t impose the west and south temper on the Middle East – it has its own culture, it has its own institutions, and those are very different to the way that the West operates. I think if you look at the announcement by Dubai that it was possibly about to default on its Islamic bond, that was announced the day before the Eid al-Adha holiday, it meant that there were 4 days after that announcement to create a vacuum into which the press brought all the speculation they wished to do. Now, in the west you probably wouldn’t do that, but in the Arabic world there is still a sense that they would rather not confront the truth on these matters and perhaps rather not go too hard into the... » Read more 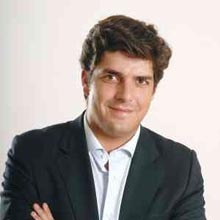 The next big revolution is based on social media. Not because of brain issue or genius strategy, but just because necessity calls for it – it’s cheap. We used social media to create our media for the revolution. It’s quite easy and a very friendly one – a pro-capitalist, pro-Bush and pro-American revolution, so… (laughs). Mainly at free markets and at non-socialist governmen... » Read more