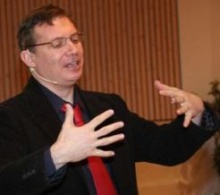 “Social networks are generating so much the traffic, as well as search services like Google, that this inevitably causes radical variations of the structure of the Internet. One of the main features of today’s networks is the huge potential for advertising. It is possible to cover the necessary audience more precisely than with Google banners. Companies now send messages not to an imaginary impersonal user, but to a well-defined person. Besides, it turns out much cheaper.” A METRO interview with M. Sponder, WebMetricsGuru.com. The interview was taken after the plenary debate on 17 February at the Communication on Top Forum in Davos. Its full version published in Russian can be seen here. 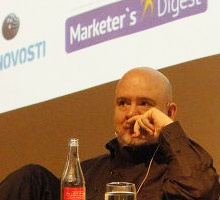 “If public relations is doing its job properly and marketing is doing its job properly, marketing would be a part of public relations.” – Paul Holmes. A RIA Novosti interview with Paul Holmes, Founder and CEO at The Holmes Report and the SABRE awards. The original English version was taken just before the plenary debate on 17 February at the Communication on Top Forum in Davos. Russian version can be seen here.

webmetricsguru.com - Davos On The Top - Day 1

WebMetricsGuru.com - Davos On The Top Day 1 – a good day
By the end of the afternoon I was having a hard time paying attention to the last panels of On The Top conference in Davos; maybe that was partly due to debating the legendary Paul Holmes this morning for 90 minutes and presenting a Social Media Monitoring Case Study later this afternoon.
I argued PR is out of it’s league when it comes to search and web analytics data along with in-house databases – and I think Paul more or less agreed. We didn’t agree on everything but we actually had more in common than I thought: I’m hoping for more debates and discussions building on what happened in Davos.

holmesreport.com - Does Your Agency Need A CAO?

holmesreport.com - Does Your Agency Need A Chief Analytics Officer?
I am on my way home after a debate at the Communication on Top Forum in Davos on the subject of “The New PR vs The New Marketing.” Given that the audience consisted primarily of PR people, I figured the odds were stacked heavily in my favor, and maybe my original opponent felt the same way, since he withdrew at the last moment. As it turned out, he was replaced by Marshall Sponder, a Brooklynite, author of the upcoming book Social Media Analytics and an expert in the same subject.
Marshall and I certainly didn’t agree on anything, and I certainly don’t think we’re going to witness a wholesale takeover of the PR field (or the marketing field) by analytics folks (although you could make the case that Mark Penn at Burson-Marsteller is in the vanguard of just such an invasion). But I do think Marshall is right that PR people need to understand analytics better, and make analytics a much more robust element in both planning and evaluation.
So I’ll meet him half way. Two or three years from now, every public relations firm that wants to be taken seriously in the C-suite and/or a lead marketing role with have someone like Marshall in its senior leadership ranks, a chief analytics officer responsible for ensuring that account leaders think more deeply about analytics and that the firm works with the best available outside suppliers to integrate analytics appropriately. 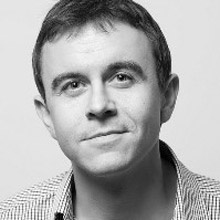 stedavies.com - Communication on Top in Davos

stedavies.com - Communication on Top in Davos
I’ll be heading out to Davos, Switzerland again in February next year for the annual Communication on Top forum. Now in its second year this year’s event looks just as good as the last with a host of great speakers from around the globe. I’m particularly looking forward listening to the debate titled ‘New PR vs. New Marketing’ between Paul Holmes (of the Holmes Report and Sabre Awards) and Garret Johnston. Both of who delivered excellent talks last year.
I’ll be moderating the social media section which, again, includes some great participants including Kerry Bridge of social media poster child, Dell. Take a look at the full program which includes all topics and speakers. 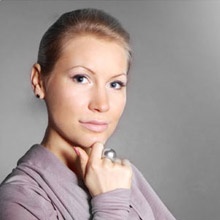 Today I introduce to you Maxim Behar - member of the Forum Committee of the World Forum "Communication on Top", a worldwide PR expert, and Chair of the Bulgarian Association for Public Relation Agencies (BAPRA). Maxim is one of the Facebook leaders in the Bulgarian internet community - he spends over 18 hours daily online. We talked about the peculiarities of Facebook communication and his own viewpoints on the usage of this social network for the purposes of business and self-publicity, and we also discussed the rating of the Russian Facebook community given by German Klimenko. «If Facebook was a country it would be the 5-th largest one in the world: now there are almost 6 hundred millions of users» (M. Behar) 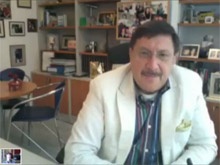 alenapopova.ru - Maxim Behar about the Com on Top Forum

Posted by You Tube

Video interview by Alyona Popova via skype. Maxim Behar speaks about the goals and the effect of World Forum "Communication on Top".

"This Conference was a great success and I think the organizers have tapped into something here in Davos. We shared a lot of experience, particularly about the development of new and social media techniques, the importance of CSR and the developing sophistication of the political communications. Next year I think the forum has to be around the criticality of comms of boardroom decision making and how we make the case for that", says Jolyon Kimble, who spoke at the Political section of the World Forum "Communication on Top" in Davos, Switzerland. 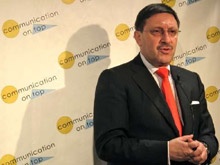 Yesterday's PR Thursday has just come to an end, yet we hurry to share special news about the next one: we shall slightly deviate from the usual format of our weekly event. On 18th Feb the guest we have invited to PR Thursday, Maxim Behar, who will present his lecture at the World PR Forum in the Swiss resort of Davos. 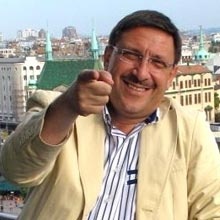 "The world moves so fast nowadays, that soon it won't even matter which country you reside in. Not long from now the answer to the question where you come from might be the name of the social network you take part in, thus identifying your true self", said the PR expert Maxim Behar at the World Forum "Communication on Top" held in the Swiss alpine resort of Davos.