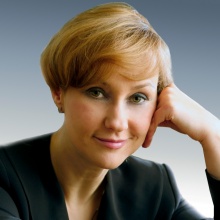 Victoria Petrova was appointed Deputy Chief Executive Officer of Basic Element in April 2011. Since October 2013, she has been in charge of regional and social projects at the companies managed by the group. Victoria Petrova also oversees corporate youth programs, relationships with state-run and non-profit organizations as well as with the trade unions. Prior to that, she was in charge of the group’s human resources management and social development programs.

Before joining Basic Element Ms Petrova was HR Director of RUSAL, a position she held from the company’s formation. Starting in 2001, she was head of RUSAL's HR Directorate. Before joining RUSAL, she worked for five years as HR manager and sales efficiency manager at Bristol-Myers Squibb. From 1991 to 1996 she held various senior positions in the Russian headquarters of leading American companies including Halliburton and Belcom.

Victoria Petrova graduated with honours from the Medical Department of the Russian University of Peoples' Friendship University. In 2000 she graduated from the State Academy for Advanced Training of Investment Specialists (GASIS). She has also completed HR management courses at Management Centre Europe (Belgium, 2000) and at INSEAD (France, 2003).