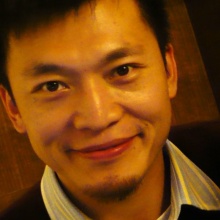 Currently, he is Director of the Social Brain Foundation, Board member at Tor Project,  Advisory toGlobal Voices Online and Board member at several web 2.0 and new media businesses. He is also co-curator at the Ars Electronica symposium.

As one of the earliest bloggers in the Chinese community, Isaac is not only co-founder ofCNBlog.org - the first evangelizing site in China on grassroots publishing, but also the co-chair of the Chinese Blogger Conference (2005 in Shanghai, 2006 in Hangzhou,2007 in Beijing, 2008 in Guangzhou). Later, the CNBlog program transformed itself into Social Brain Foundation (SBF), and aftwterwads became an umbrella grassroots media and free culture in China, covering Free Access, Free Speech and Free Thinking, exemplary projects like Ideas Factory, Memedia, Digital Nomads, Open Education and Creative Commons China (before 2006), etc.