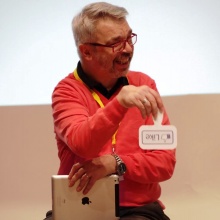 Gianni Catalfamo is Chairman of Pleon, Italy.  He is the Web 2.0 evangelist for Pleon Europe, as well as co-leader of the European Technology Practice. Catalfamo is active as International Account Director for some of Pleon’s largest technology clients. He led the IBM Account for Europe for four years and is currently European Account Director for Lenovo. His client teams benefit from his role as executive coach and communications strategy advisor.

He is an active blogger at the company's KETCHUM blog, as well as at his personal Son of Geek Talk, where he writes articles about Social Media & Digital stuff.