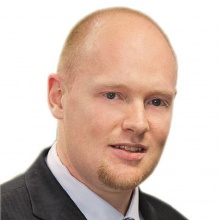 Peter Dickinson is a British media professional specializing in Ukraine. He first came to Ukraine in 1997 as the British Council Information Manager for West Ukraine. He has since held a series of positions in the Ukrainian media including Chief Editor roles at What's On Kyiv magazine, Jewish News One television channel, and Ukraine Today television channel. He is currently publisher of Business Ukraine and Lviv Today magazines, and editor-at-large of The Odessa Review. His writings have also appeared in a number of international titles including The Atlantic Council and Newsweek.