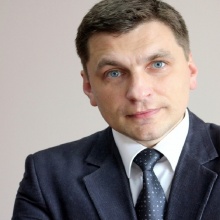 In 2008, Victor came to the East Europe Foundation - a Ukrainian, privately managed, not-for-profit organisation - and started acting as its Executive Director. The foundation seeks to mobilize all public and private resources for social and economic development in Ukraine. Victor was in charge of the program management and donor relations. Later, in 2012, he was appointed President of EEF.

In 2005-2008, he served as the executive director of the Child Well-Being Fund Ukraine, a daughter organization of the Child Fund International Inc., where he worked in various capacities, starting in 2001. He also worked for the Ukrainian State Center for Youth Social Services (1996-2000) and UNICEF (2000-2001).

Victor earned his Master's Degree in electronic systems in 1996, at the National Technical University of Ukraine – the Kyiv Polytechnic University. In 2004, he obtained his master’s degree in social sciences from the Luhansk State Pedagogical University and continued his studies of social sciences in 2005-2006 at the School for Professional Development, Freiburg Catholic University, Germany.

Victor studied Democracy and Governance in the UK, with the John Smith Fellowship Program in 2008. In 2011, he studied E-governance and E-democracy in Britain, while participating in the OSCE organized study tour for Ukrainian e-governance professionals.