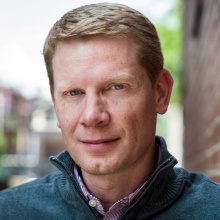 Jamie Vernon is director of science communications and publications at Sigma Xi, The Scientific Research Society and editor-in-chief of American Scientist magazine. An award-winning science educator, he began communicating science to the public as an independent blogger. He went on to become a regular contributor to The Intersection, a Discover.com blog about science and policy created by New York Times's best-seller Chris Mooney. He subsequently worked in the U.S. federal government as an American Association for the Advancement of Science (AAAS) Science & Technology Policy Fellow and an Oak Ridge Institute for Science and Education (ORISE) Fellow. His primary role at the U.S. Department of Energy was to improve the measurement and communication of the economic impacts of the Department’s 2.7 billion US dollars annual investment in clean energy technologies. From 2012-2013, he was co-chair of digital media for a climate communications working group within the White House’s U.S. Global Change Research Program. He is a change agent, a synthesizer of ideas, and a convener of brilliant minds which is demonstrated by his success in launching numerous science-based organizations, such as ScienceOnline DC, Science in the Pub, and Potential Energy DC, a technology accelerator for the energy industry. Prior to becoming a professional science communicator, Jamie spent more than a decade conducting molecular biology discovery research as a student and scientist working on HIV vaccines and developing genetic engineering technologies.