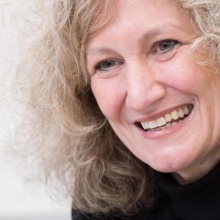 Managing Director of the Zeppelin Museum

Dr. Claudia Emmert (born in 1965, Stuttgart) is a German art historian and curator. Since October 2014, she is the Director of the Zeppelin Museum in Friedrichshafen. Previously, she headed the art palace in Erlangen.

Dr. Emmert studied art history, German and Romance languages at the University of Stuttgart. In 1997 she received her doctorate with the work platform of compositions and poems by Wassily Kandinsky in the context of eschatological teachings of his time (1896-1914).

In the period of 1992-1994 she was a lecturer in art history and costume design at the State Fashion School of Baden-Wuerttemberg in Stuttgart. Later, up till 1999, she functioned as Director of the Galerie der Stadt in Fellbach and Head of the Cultural Office of Fellbach.

From 1999 to 2009 she was director of the DSV Art Kontor in the German Sparkassenverlag in Stuttgart. For eight years, during 2001-2009, she acted as lecturer at the Sparkassen-academies and universities in Potsdam, Bonn, Landshut and Neuhausen auf den Fildern.

From May, 2009, until September, 2014, she was director of the Palace of Art and director of the Municipal Collection in Erlangen. During the summer semester of 2014 she also held a teaching position at the Institute of Art History at the University of Erlangen-Nuremberg.

Managing Director of the Zeppelin Museum