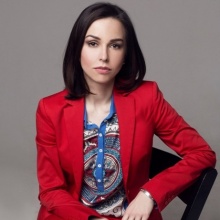 Elina Zhuk is the CEO of "Smetana" viral marketing agency. She graduated from the St. Petersburg State University of Telecommunications, with a diploma in Public Relations.

Her professional experience started in 2002 and till 2004 she had a position in St. Petersburg's regional division of the TASS Russian News Agency. After that she worked for one year at the public relations department of VEDA Joint Companies corporate holding.

Since 2009, "Smetana" has been recognized as an expert in viral communications and included in the top five Russian PR agencies, according to AdMe.

The team of "Smetana" has realized over 250 successful projects on the Russian market and gained more than 2.000.000 online views by users.