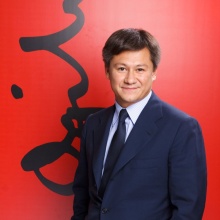 Andrey Barannikov is the CEO of SPN Communications agency with offices in Moscow, St Petersburg and Kiev.

Andrey has 24 years of experience in PR. He started his career as a PR Manager in the Swedish agency Andréasson Public Relations, and he then became Head of the PR Department and Deputy CEO of SPN Granat communications agency. He has been the agency’s CEO since 1999. Between 2005 and 2013, the agency was part of the global network of Ogilvy Public Relations and was named SPN Ogilvy. Starting 2014 the agency works independently under the new name, SPN Communications.

In 2013, under Andrey’s leadership, the agency was ranked first in the National Rating of Communications Consultancies (NR2C).

Andrey is a multiple winner of numerous international and national industry awards:

Andrey is the Chairman of the organizing committee for the Baltic Weekend international communications forum and the Deputy Chairman of the national PR contest PROBA-IPRA GWA. He acts as a judge and expert of industry contests, including Golden Hammer, the Silver Archer, Media Manager of Russia, PRESSZVANIE, The PR Department of the Year, PR on the pages of the Russian press, and others.

Andrey holds a graduate degree from the Oriental Studies Faculty of St Petersburg State University where he majored in the History of India.