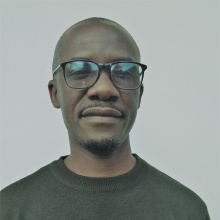 Charles is a Zambian investigative journalist with over 20 years’ experience in the media industry. His journalism works have won him several individual recognition and awards, including the 2016 overall MISA best Zambian journalist and was second best student in the World Bank-funded investigative journalism training in 2011 which won him an internship placing at South Africa’s Mail and Guardian. He is also the 2016 (USA) Edward R. Murrow Fellow. His journalism has appeared on the BBC radio, in South Africa’s Mail and Guardian Newspaper, the New York Times, and in several international publications. He was Associate Editor and Environmental Columnist for the Bulletin and Record Magazine until its closure in 2016. In his other previous work, he was Production Manager, cameraman and script writer for Catholic Media Services TV Production Studios. Radio provided him entry into journalism, having volunteered for several years as radio announcer and sports presenter at Yatsani and at ZNBC in the local Lozi language section.

Currently, Charles works for BBC Media Action as journalist mentor where he uses his experience and editorial strength to guide journalists working for various radio stations across the country.