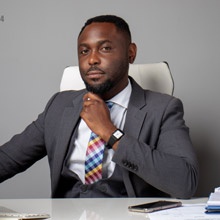 Chinyota Msimuko - commonly known as 'Chi' in the media industry - is the co-founder and Chief Operations Officer of SPRING24 - Zambia’s first and only 24-hour news channel.

Chi is an award-winning media and broadcasting personality. Having left his background in law and banking to create Lusaka’s most listened to breakfast radio show, Chi has amassed a cult following in both broadcasting and advertising.

In 2010 he founded Yipyap Media, a communications strategy and production house that has done work for multinational accounts such as Coca-Cola, Stanbic Bank, The United Nations, MTV and South African Airways.