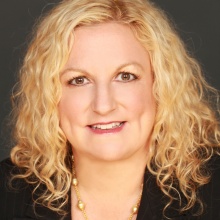 I have chosen the path of the Entrepreneur in Life.
There is nothing more delightful, empowering or joyful than seeing an inspiration come to life, make the world a better place and inspire even greater heights of achievement. As a Visionary Entrepreneur, I am optimistic about humanity’s potential to reinvent and overcome adversity, and about business as a wonderful means of self-expression.

Making the choice to be an entrepreneur was very evolutionary, and it came after 25 years of Senior Corporate Roles. I took the plunge to start my own business at age 38, and I have never looked back.

As a young Private Banker at JP Morgan in the late 1980’s, I was very impressed by the incredible entrepreneurs I met who had become successful enough to be clients of our firm. I soon realized I did not want to just be their banker – I wanted to be an entrepreneur one day as well.

I was particularly inspired by Barbara Taylor Bradford OBE and her husband, Robert Bradford. Her book “A Woman of Substance” had inspired me as a young woman; she has sold over 32 million copies of the story, and is still writing amazing tales. We remained friends after I left JP Morgan, and I was thrilled when she and Bob attended the book launch party for The Seven Pearls of Financial Wisdom in 2012, which was co-authored by me and Camilla Webster.

The entrepreneurial spark is one of the brightest flames on the planet- in every country, at every level of society, each and every day, someone is dreaming up a way to improve our world. Never underestimate the importance of incremental improvements and the ways in which entrepreneurs surprise and delight us. Women are playing a greater role around the world as amazing entrepreneurs. We need to support our sisters, especially in places where their freedom to run businesses is curtailed.

There are very few firms in the Family Office Industry that are owned by women. I often speak globally at High Net Worth Conferences, and frequently I am one of the few women speaking on investing, considered a “hard issue,” while other women speakers are speaking on the “soft issues.” Young women come up to me from the audience and thank me for speaking, and ask that I keep speaking so that the female voice is heard. Financial Services is a very tough field for women, one where much progress is still needed. I am frankly surprised that after 30 years, the field is still so backward. As a young woman I would have predicted much more progress would have been made. The number of females at the Corporate Director level is still appallingly low – this is the level where real economic power resides, and women need to be in the board room.

I would say one of my greatest triumphs was being named one of the 50 Most Influential Women in Private Wealth in the US as well as a Power Woman by Citywealth in the UK for the last two years in a row. When you work as an Entrepreneur, there are long stretches of solitary work and you frankly do not know if what you are producing is any good or if you are indeed affecting people positively. Receiving these honors was a wonderful validation and inspired me to try harder.

3 warnings to anyone who might decide to take up the same role:
• Be prepared to believe in your vision long before anyone else can see it, and to act alone if necessary to birth your vision into the world.
• At the end of the day, all we have is our reputation- guard your good name as your most precious jewel or, as Shakespeare says in Hamlet, “the infinite jewel of your soul.”
• If you feel excited and joyful at the prospect of starting your own business and you are a corporate lifer, take the plunge! The discipline you developed over the years as a Corporate Executive will allow you to rapidly organize and realize your dreams as an Entrepreneur.

3 benefits that I particularly enjoyed, when acting as an Entrepreneur:
• You never have to ask anyone’s permission to go on vacation.
• You are 100% responsible and no one will take credit for your work ever again.
• You are the Mistress of Your Destiny- and it feels amazing!

The internet has made each global business local and each local business – global. What an incredible Kasbah have humans dreamed up! The local/global internet-based marketplace is only going to grow, expand and become more creative. Huge numbers of citizens, armed with their Cell Phone, are setting up online stores and realizing their dreams. More and more are focused on social responsibility and making a positive social or environmental impact.
The best is yet to come!

Pepper International works with a select group of families to oversee all of their needs related to wealth management.  The firm has an expertise in Impact Investing and works with families who would like to have a strong focus on integrating their values into their investments and their philanthropy.  The firm also focuses on international families that have complex issues, such as family members with a variety of nationalities living in different jurisdictions.

Carol acts as the External CIO to families and single family offices.  She oversees all asset classes and puts in place a comprehensive consolidated reporting system.  She previously managed over Billion of assets as a Senior Portfolio Manager at Rockefeller & Co.

Family Office Set Up and Restructuring

Carol acts as a consultant to families that would like to create their own family offices and has built family offices around the globe.  She also helps restructure existing Single Family Offices to bring them to top global standards and to prepare them to work with the next generation.

Carol is on the Advisory Board for the Institute for Life Sciences Collaboration, www.ilscollaboration.org.  ILSC is focused on identifying and cultivating collaborative projects to further the United Nation’s Sustainable Development Goals, with an emphasis on global health. She is the Treasurer of Small World Initative, www.smallworldinitiative.org, which works with girls to offer special hands-on school curriculum in the sciences.  She is on the Advisory Board of Clean Energy Advisors, www.cleanenergyadvisors.net. CEA creates investment opportunities in the renewable energy sector that provide clients with predictable income, preservation of capital, and positive impact. She is also on the Advisory Board of Radeeus, a start-up streaming company that allows users to listen to or watch content with their favorite celebrities or friends in real time, creating community experiences across multiple streaming platforms.

Carol lectures extensively around the world on issues of interest to wealthy families.   She also appears regularly in the financial press and on television, including the Wall Street Journal, CNBC, Fox Business and Bloomberg, commenting on the markets.

Carol has over 25 years of experience in the wealth management industry.  Prior to forming Pepper International in 2001, Carol had extensive experience as a private banker at JP Morgan Private Bank, Citibank Private Bank and Credit Suisse Private Bank. She managed over billion of private client assets as a Senior Relationship Manager and Portfolio Manager at Rockefeller & Co., the multi-family office formed by the Rockefeller family. As a principal at Morgan Stanley, she was instrumental in creating a web-based virtual family office prototype.

Carol is co-author, with top journalist Camilla Webster, of The Seven Pearls of Financial Wisdom: A Woman’s Guide to Enjoying Wealth and Power.  The book's website is www.thesevenpearls.com.  The book has received positive reviews from The Wall Street Journal, Economist Nouriel Roubini, Morgan Stanley Chief Investment Strategic David Darst, and CEO Liz Lange, among others.  The Seven Pearls was named one of the top five business books in 2012 by The Library Journal.Carol self-published her first novel, a wealth management thriller called Beyond Blood, in October 2009.  The book’s website is www.beyondblood.com.  The book won a 2010 Indie Book Award and was named as an Editor’s Choice Book by iUniverse.

Carol has been involved in numerous philanthropic causes over the course of her career. Currently, in addition to ILSIC and Small World, she is assisting the Global White Lion Protection Trust in South Africa, www.whitelions.o