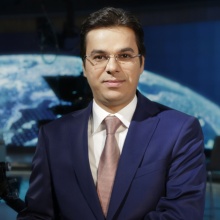 Initially, having started his career in Boğaziçi Group, he founded Who Pictures, and later on - a company operating internationally in the fields of documentary and animation. Following that, in 2010, Mr. Eren became the Deputy Director General of ATV - one of the leading TV channels in Turkey. Holding also a master’s degree in Media Management fromWestminster University in London, Mr. Eren has been a Deputy Director General of Turkish Radio-Television Corporation (TRT) since 2013.

Responsible for 11 TV channels, including TRT-1 and TRT World at TRT, Mr. Eren is a member of the Board of Directors of Türk Telekom and the Director of International Emmy.

He is married and has two children.