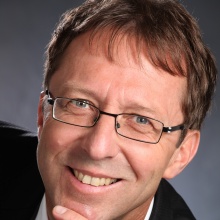 Dr. Stefan Köhler is First Mayor of the city of Friedrichshafen. He was elected by the district council on 7 April 2008 and took office on 25 August 2008. Dr Köhler functions as Head of Department IV of the city of Friedrichshafen. He is responsible for the following city offices: the Office for Surveying and Real Estate, the Department of Building, the Urban Drainage Service, the Municipal Planning and Building Control Office, the Municipal Building Authority as well as the Administrative Department Project Coordination.