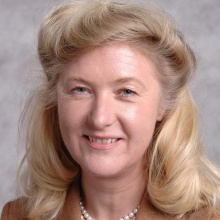 Gerlinde Niehus started her professional life as a TV and radio editor for public broadcasters in Germany (WDR and Deutschlandfunk). She then moved to a German think tank, focusing on international relations and a growing range of education and training programmes with partners in Central and Eastern Europe and the New Independent States (NIS). This work brought her to the European Commission in Brussels, where she built up the information and communications programme EU – NIS, and subsequently developed a communications strategy for the European Commission’s Directorate General Information Society.