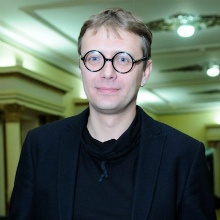 Denis Ivanov is a founder of Odessa International Film Festival, Festival for children and teenagers Children KinoFest, Arthouse Traffic Director. Moreover, he is a member of the European Film Academy and National Union of Filmmakers of Ukraine.

In 2003 he has founded Arthouse Traffic company which became the first Ukrainian distributor of independent art-house movies, focusing on organization of thematic film festivals in Ukraine.

Curently the company has released more than 400 films, where Denis Ivanov acted as a co-producer.

As a co-producer Denis took part in creation and promotion of three feature films and over  40 shorts. The last co-produced film The Tribe won more than 40 awards on the international film festivals and was released in 40 countries having become the most successful  project in Ukrainian cinema history.