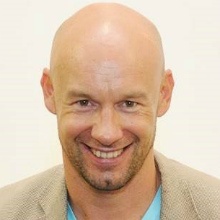 Dennis Kazvan is a Communications Director at Victor Pinchuk Foundation and Pinchuk Art Centre. He is an expert in public relations, corporate, social, cultural fields and charity. Previously Dennis Kazvan worked as a PR-manager of the Djuice brand and as a press attaché of MTV-Ukraine channel. He has cracked a record on the song contest "Eurovision-2005"  and for the first time in history he was a single man moderator and translator, who had hold all (about 114) planned press conferences. In addition, he worked with VV band, OE band, Nino Katamadze and with Goran Bregovic. Since early 2005, Dennis Kazvan has been involved in Pinchuk Foundation projects. He is responsible for communication and planning and works out the strategy of the fund. Moreover, he is a regular participator of ANTIAIDS Elena Pinchuk Foundation projects.