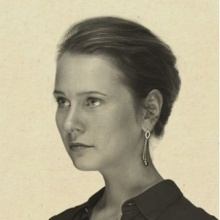 PR Director of Schildershoven Finance, writer, part-time philosopher, blonde. Her desk may be messy but her brain has the discipline of a Prussian officer, marching briskly towards a bright tomorrow.

Ms. Paskal has ten years of experience in mass media and public relations. She began her career as a freelance journalist, covering business news and politics. After a series of difficult but bloodless clashes with the harsh truths of life, she chose to switch sides, crossing over the barricades to become a hand-shaking PR girl for all of Russia.

In 2007, she started working as a project manager in a leading PR agency: INSIDERS. In 2009, she and a partner launched their own PR agency: MoreComments!

However, her long years studying the specifics of global economics and finance at Moscow’s Plekhanov Russian Economics University weren't spent in vain – they definitely gave her the ability to decipher the magic and chemistry of the financial industry. She's implemented a number of successful business and politically-oriented projects.

As someone who spends time collaborating with the leading PR and media agencies in Moscow, she has always had a particular interest in projects with a financial and banking focus. After three years of intense immersion in banking while working for the PR agency, she realized that it was time for her to gain a better understanding of the issue. She started with Russian venture capital and the private equity segment, and she provided successful PR project support to a new private equity fund in 2013 – as the PR director of Flint Capital.

Her impulsive hunger for information led her to professionally infiltrate the management of international financial company Schildershoven Finance in January, 2014, and work undercover, developing herself amidst the frantic activity inside.  Today she is head of the PR department in the company.

Sofia has a soft spot for communicating with the best financial analysts, she can capture valuable information, and she plans to take on the universe in order to make the financial sector clear, transparent and interesting to a wide range of thoughtful people. She writes about the main drivers and basic concepts of international finance. She is demonically charming; attempts to discredit this remain baseless.