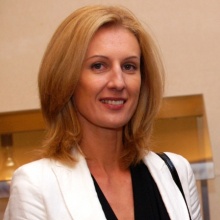 Anna Lukanina has been working in Depot WPF since 2002. She has performed the duties of Depot's New Business Director and Commercial Director. Since January 2009 she holds the position of Executive Director of the agency. Anna is responsible for the company business development, budget formation, supervision of its implementation, and relations with current and potential customers.