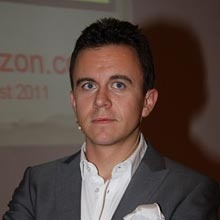 He is also the founder and managing director of 3WPR – an online communications consultancy.

He has worked on a number of online PR and social media campaigns for national and multinational companies and currently consults with a broad scope of clients ranging from a B2B FTSE 100 to a number of well-known consumer brands. Stephen currently acts as a consultant with Action Global Communications, the only global PR network to focus specifically in the emerging markets and has worked on a number of initiatives in Eastern Europe, Russia and the UAE.

His professional blog – www.stedavies.com - has been recognised by industry professionals around the world and was named ‘Europe’s number one PR blog’ according to the rankings given by US publication, Adage.

In 2009 he was added to the PR Week Power Book – which claims to include the top 1% most “powerful and inspirational” UK PR people.