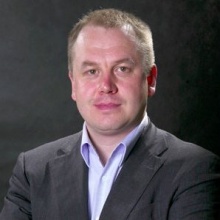 Stanislav Naumov is the President of the Russian Public Relations Association (RPRA), having previously served as the Chairman of the RPRA Committee on Social Development (2007-2008) and as the Vice-President of RPRA (June 2008 –December 2010).

In 1997-1998 he served as the Assistant Head of the Federal Tax Service of the Russian Federation.

In 1999-2004 he was the Assistant and Press-Secretary of the First Deputy Prime Minister of the Russian Federation.

In 2004-2010 he served as Department Director, Deputy Minister and State Secretary of the Ministry of Industry and Trade of the Russian Federation.

In 2010-2012 he was the Vice-President on Governmental Public Affairs of Skolkovo Foundation.

In 2012 he worked as the Department Director for creating a transparency system for the public administration of the Russian Federation Government.

As of 2013, he is the Chairman of the Board of Directors of CROS - Public Relations & Public Affairs Company, the Research Manager of the International Institute for Political Expertise and a Professor at the Public Policy Department of the Higher School of Economics.

In 2006 the project "Communicative Technologies of Industrial Policy" earned the "Silver Archer" Certificate of the national prize for public relations development.

He was a laureate of the "Most Influential People of Russia" Prize in 2010 in the "Public Officials" nomination ("Russian Reporter" magazine).