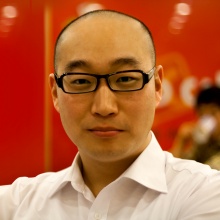 David was one of the selected few Asian entrepreneurs to present as a speaker at Techcrunch Disrupt Beijing.

Prior to founding Shakr Media, David was Vice President & Director at Zenitum, one of the earliest R&D firms in the field of vision-based augmented reality.

David was also co-founder of Wetoku, which was recently acquired by Ahiku Corp.