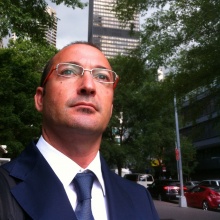 Rui Martins is Corporate Communications and Public Affairs at Dianova Portugal - NGO with special consultative status at the Economic and Social Council of the Unites Nations (ECOSOC/UN) for the Youth, Education, Drug Addictions and Community Development areas and in operation relationships with UNESCO, being responsible for the Integrated Communications policy and strategy since 2003. Besides, he is the National Coordinator at the European Action On Drugs campaign promoted by the Directorate-General of Justice at the European Commission (DG JUST-EC-EAD) since 2010; Regional Coordinator for Portugal at the European Association of Communications Directors (EACD) since 2008; Coordination Committee member and Regional representative at Forum Communication On Top Davos since 2009 and Assistant Invited Professor at the Universidade Católica Portuguesa - Centro Regional das Beiras, teaching Social Marketing, Social Networking Marketing and Social Media Management at the Management master – Health Units Administration specialization, since 2009.

He has a degree on Management and Public Administration by ISCSP-UTL, and postgraduations on Social Organizations Management by AESE-School of Business, Social Economy by ISCTE-IUL, Management of Communications and Multimedia by ISEG-UTL and Law of Drug-Addictions Issues Related at FDUL-UL. Currently undergoing is doctoral program (PhD) on Communication Sciences, specialization on Public Relations, at ISCTE-IUL Lisbon University Institute (2012-2015).