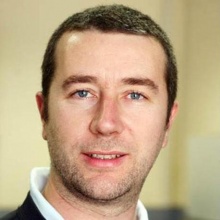 Until August 2011 Vittorio was actig as Executive Director at Media Relations, ENEL,  having joined them in 2005. He conducted the design and implementation of an effective external communications strategy: relations with Italian and international financial press; communication with parliamentarians, labour unions, civil society organizations; advising the Chief Executive and the Chairman in country visits, public appearaces, parliamentary hearings, press conferences; internal communications, press releases and senior management speeches; acting as the company spokesperson.

Also, as the Economic adviser at the Italian state TV RAI3 prime time talk show “Ballaro” he has been covering various economic issues for the past 8 years.

Vittorio worked as a Rome-based senior correspondent for Dow Jones & Co, planning and coordinating news coverage for a global audience with reports on money and equity stories and in-depth features for Dow Jones Newswires and The Wall Street Journal. He carryied out exclusive interviews with lawmakers and business leaders, with analyses spanning company strategy, asset sales, tax reforms, macroeconomic data, changes to the regulatory framework, and he also lead the political debate. His work focused on the energy sector, covering Europe’s deregulation process and the related strategy set up by major companies.

In the past he wrote for Panorama – Italy’s most widely circulated weekly, and worked as Deputy Chief of Milan’s economic desk at ANSA, being in charge of the news from a five-staffed service, covering all major events on the Italian financial scene. He used to be a reporter in the Reuters international team, covering major Italian listed companies in close working relations with the Italian news service, where he won the best scoop of year 1999 for Reuters Europe, Middle East and Africa. When working earlier for AGI, he covered macroeconomic data and fixed income news related to Italy and the world’s most important economies.