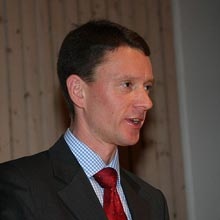 CEO at Federation of the Finnish Media Industry, ex-Executive at ENPA

Valtteri Niiranen is the current CEO at Federation of the Finnish Media Industry. Previously he was Executive Director of the ENPA – European Newspaper Publishers’ Association.

Prior to joining ENPA, he worked for 4 years as Director of Legal and Public Policy Affairs at FinnMedia (Finnish Media Confederation) and for 4 years as Legal Counsel for associations representing newspapers, magazines and periodicals, books and printing industry. At the beginning of his career (1992 – 1996) Niiranen worked in a distinguished law firm, a district court as well as in a department of the Finnish government.
Valtteri Niiranen is a Finnish citizen and has an Executive MBA degree from IE Business School (Madrid), Master of Laws (LL.M.) from Georgetown University Law Center (Washington D.C.), a post-graduate LL.M. from the University of Helsinki (Finland) and a LL.M. from the University of Lapland (Finland). He has authored or co-authored several academic/non-fiction textbooks e.g. on copyright legislation and media regulation, and is a regular columnist and a speaker at seminars and conferences.

CEO at Federation of the Finnish Media Industry, ex-Executive at ENPA