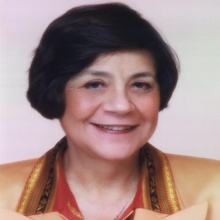 Mrs. Zaklama is a public relations and marketing expert with 50 years experience in communication.

She is a communication consultant and strategic planner to various government entities, mainly in:

Mrs. Zaklama held several international and local positions, among which are:

All of the above have earned her many titles, merits and awards including:

In 1982 she founded Rada Research & Public Relations Company and is currently its President and Managing Director.  The company is the only one in Egypt specializing in three disciplines: Marketing Research, Public Relations, and Training.

Mrs. Zaklama graduated from the American University Cairo with a BA in Mass Communication.  She continued her studies in advanced marketing research in Burke Institute, in Cincinnati, USA.