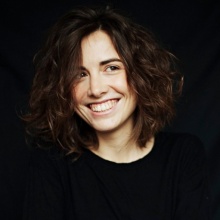 She has been working in the communication industry since 2008.

Since 2015, Serafima has been developing her own PR studio: RODNYA, which boasts a conceptually new approach to communication – making every creative idea newsworthy.

She is a teacher and co-curator of the PR faculty at the Wordshop Academy of Communications (Russia).