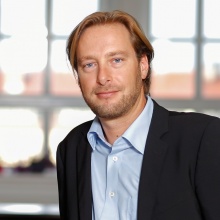 The trained flight technician Michael Grabner studied business management at the University of Educational Sciences in Klagenfurt. With 21 he became Chief Marketing Officer of the Swiss-Luxembourg recycling company Phoenix Biocycle Industries AG, before he started his own business as an independent TV producer. In 2003, he founded Rocket Media Communications in Klagenfurt, and acquired clients like Tirol Werbung, WTG Wörthersee, Davos Tourism, Energy Globe, Bodypainting Festival, and Fete Blanche.

Since 2007, he has been CEO of Rocket Media Communications GmbH and since then he has been working for international organisations & companies in Europe, Asia & America as well as for United Nations, Olympic Council of Asia or World Future Council. With Rocket Media, Grabner is an "Official Communication Partner" of BBC, Euronews, Eurosport, CCTV, KBS and CNBC.

More references and projects can be found at: www.rocketmedia.at