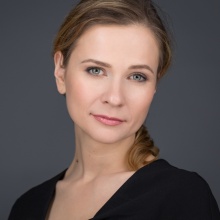 Ms. Paskal has over ten years of experience in mass media and public relations. She began her career as a freelance journalist covering Russian business and politics for local version of The Economist magazine. In 2007, she joined as a project manager to a leading PR firm Moscow Insiders where she supported the agency's SMM division, Insiders Online.

In 2009, she launched an independent PR venture MoreComments! and implemented a number of successful business and politically-oriented projects for oil major TNK-BP, telecom company Akado, automotive producers Chery and GM, and Rodionov publishing house. In 2013, she began working for the private equity fund Flint Capital as PR Director. Later, Sofia was in charge of PR and Marketing activity in the Amsterdam based investment boutique Schildershoven Finance.

Sofia is native in Russian and fluently speaks English. She is developing her skills in French, German and Hebrew.