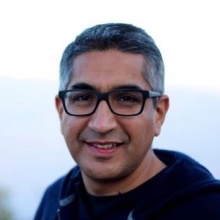 Nitin Mantri is a consummate professional with 20 years of experience in diverse sectors. His capability in crisis management and training the c-suite on dealing with the media has helped him to win lifetime clients for Avian Media. Maybe this is the reason why clients like Airbus, IATA and BAE Systems have been with Avian from the beginning, a rarity in the public relations (PR) business where every relationship comes with a shelf life.

An MBA from the Birla Institute of Management Technology, Nitin joined Avian Media in 2004. Under his leadership, the firm has consistently grown its network and clientele. His strategic insights and knowledge has helped many clients to deliver impactful campaigns that have been judged best on many platforms. With the way he has laid the foundation of the firm, it is not surprising that in less than 12 years Avian has many laurels under its belt.

Far ahead of his times, in 2009 Nitin realised that the stage had been set for careful policymaking in India. In keeping with his entrepreneurial spirit, Nitin, along with his partner, founded Chase India, an associate company of Avian, to work on public affairs and government relations mandate for leading Indian and multinational companies. Today, Chase is the most respected firm for public policy. Nitin also started the Neeti Foundation, a think tank that fosters advocacy and policy debates. Through these initiatives, Nitin wants to take out the boredom of routine PR, and elevate it to something more strategic.

While Nitin is proud of Avian and Chase’s remarkable journey, he is happiest building the right kind of company – strong on growth and high on values. His people are his strength and he feels immense pride that Avian’s first five employees still work with us and his focus in learning has helped them to elevate to a position of managing committee.

Nitin also takes a keen interest in the development of the PR industry in India. For several years now, he has led the charge on the importance of ethics and a common code of conduct for the industry. Since he became the President of the Public Relations Consultants’ Association of India (PRCAI) last year, he has focussed on improving the public perception of PR. He regularly speaks at communication events in India and abroad, including the ICCO Summit 2016 - where he represented the voice of India, the Global Holmes Summit, India Sabre Awards and PRCAI Annual Summit, among others.

To increase awareness about the profession at the grass-root level and stimulate the learning process, Nitin regularly delivers lectures at prominent mass communication colleges in the country including Symbiosis (SIMC), India Institute of Mass Communication (IIMC) and Xavier Institute of Communication (XIC). In addition, he is a mentor with the Promise Foundation, an organisation that guides PR professionals.

Nitin started his career with Genesis PR, now Burson Masteller. He left at a time when he was managing their largest portfolio, technology and corporate practice, in Mumbai, to join Microland as Manager, Communications, for ITspace.com in Bangalore. He moved to London and spent over seven years working with Brodeur Worldwide (part of Omnicom and now Ketchum) in the UK, where his last position was that of Director.

No man is without flaws, and in Nitin’s case chocolate is his. You can find him tucking into a bar every day. He redeems himself by excelling in swimming, badminton and squash. Nitin’s passion in cricket is what completes his reputation of being a thorough gentleman.

He lives in Delhi with his wife and two children.

- 2016: Judged the best national agency to work for by Holmes Report
- 2015: Judged Indian consultancy of the year at The Sabre awards South Asia
Independent Consultancy of the Year, APAC by ICCO Global Awards
- 2013: Only Indian PR firm to be nominated for AMEC Awards
Won Silver in the South Asia PR Agency of Year category at the Campaign Asia-Pacific Awards
Listed among the top 250 agencies of the world by the Holmes Report and ICCO.
- 2012: Won a Bronze in the Independent Agency of the Year category at the Campaign South-Asia Awards.
Campaign awards: Under Nitin’s leadership, the form has consistently won several Golds (Seven in 2016) at the Sabres and other platforms for campaigns.