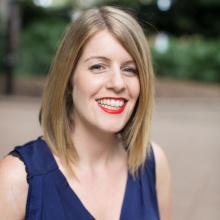 Louise Nealon is a leading strategic communications consultant known for her ability to cut through the noise and capture the emerging Zeitgeist.

An Irish woman who loves to tell a story, Louise realised her early award winning potential by going on to co-found one of Australia’s foremost independent PR agencies, Callidus PR, whose list of over 22 international and local awards for excellence in PR impresses an extensive client base of global and Australian high-profile companies.