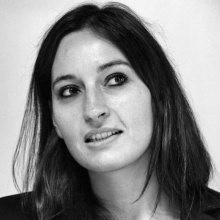 Annalisa De Luca is #DigitalTransformation Lead at the Italian Olympic Committee, the national governing body for sports, and at the Rome Tennis Masters (Internazionali BNL d’Italia), where she is responsible for digital and social media strategies, with a focus on fan engagement, data culture and content.

Prior to current roles, Annalisa led the TV & Media department at the Authority for telecommunications of Lazio regional government (Corecom Lazio), where she was also responsible for the Next TV project analysing new media, trends and technologies. Previously, she worked as an ICT and Innovation consultant for the European Commission.

She co-lectures Sports & New Media and she is the author of several publications.