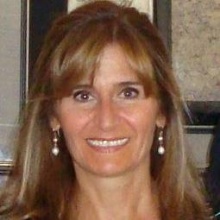 Bayan Tal is senior adviser at the Jordan Media Institute (JMI) overseeing communication, outreach and fundraising. She is also a communication and media instructor and trainer. Tal began her career as a broadcast journalist, anchor and later executive during 25 years of service at Jordan Radio and Television Corporation (JRTVC). In 2005 she was charged with establishing the government communication department at the Prime Ministry and was part of a team led by then Deputy Prime Minister, Dr. Marwan Muasher that drafted The National Agenda – a 10-year comprehensive reform program for Jordan. She later moved to the Royal Hashemite Court as manager of international media and communication for His Majesty King Abdullah II, a position she held for five years. Tal returned to JRTVC as the first female director general of the institution, where her efforts focused on applying professional standards and restoring public confidence in the public service broadcaster.