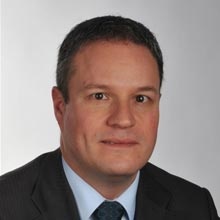 Roland Binz is one of the leading and most experienced professionals in crisis communications in Switzerland. He is vice president of the Swiss Crisis Communication Association.

Following his studies in law at the University of Berne he worked for 8 years as a court reporter and political editor for a well-known daily newspaper. He was subsequently nominated Public and Press Officer for the Swiss Army within KFOR after the Kosovo war in the year 2000.

Roland Binz works as a lecturer for crisis communications and media training at the Swiss Public Relations Institute (SPRI) and is Vice President of the Association For Crisis Communications Switzerland.