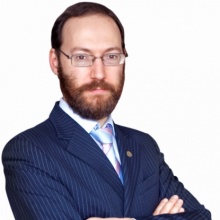 Lev Gordon has a fine taste for building partnerships through communication and unlocking hidden potential in people, organizations and the cities.

Lev is a member of Civic Chamber of Izhevsk and Harvard Club. He is a sought-after speaker and industry expert and is often engaged by governments and corporations in Russia and other countries. Lev loves facing challenges and knows that “any obstacle could be overcome”. His mission is to turn his native city of Izhevsk into world’s leading city in innovation, as well as to turn Russia into a modern progressive country that sets standards in unlocking its people’s co-creative potential.