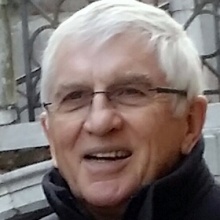 Dr. Volker Stoltz is a German economist, entrepreneur, public figure, lecturer and a renowned authority in Global Communication Strategies. He is the founder and president of the Global Communication Institute, the charity foundation of the GlobCom project with 13 universities in 13 countries across 5 continents. He leads communication, media and International Public Relations studies as a lecturer at the Institute for Communication Sciences, University of Erfurt - the main German organization responsible for the Global Communication project. Since 2003, he also holds the post of Honorary Consul General of the the Kingdom of Swaziland (Berlin, Bavaria, Brandenburg, Baden Württemberg, Hesse, Rhineland Palatonia, Saarland and Saxonia), head-quartered in Berlin.

Volker Stoltz was born in Stuttgart, completed his Master (Diplom-Volkswirt) and PhD degree in economics and business administration at the universities of Frankfurt, Berlin and Marburg, and acted as Head of the Campaign Department of the German Liberal Party (FDP) in 1964-67 and also as Head of the PR department of German Agricultural Products (GAL) in 1967-68.

Not long after, in 1969, he founded in Bonn the Volker Stoltz GmbH & Co. KG, sold in 1988 to Shandwick plc, London. At the same time he functioned as the Publisher of the political and economic weekly newsletter "Exclusiv-Dienst", until 1998, and in 1973 he founded the Association of Public Relations Agencies (GPRA), acting as its president until 1979. After selling his first company, he founded a second one: KOMMUNIKATION Volker Stoltz GmbH & Co. KG (now WeberShandwick Deutschland GmbH). He was a former Chief Executive of Shandwick Europe GmbH and, since 1994, also Chief Executive of the Shandwick Group Affiliate Network.

For six years, until 2006, Dr. Stoltz acted as Deputy Chairman of the board of directors of the Girindus AG in Bensberg and Cologne, Germany. Back in 1983, he became a founding member of the non-profit German-Namibian Development Society, acting as president in 1990-1994 and still taking part in the work of the board today. In 1979 he was also the head of the Namibian Information Office.

Dr. Stoltz has always been an active in supporter of the Free Democrats (FDP) and from 1964 to 1968 he also functioned as personal assistant to the Federal Executive at the time - Hans Friedrichs. From 2002 till 2009 he was the Chairman of the Liberal Party (FDP) in the district (Landkreis) of Miesbach, Upperbavaria.

In 1969-2002 Volker Stoltz functioned as member of the Council of the International Public Relations Association (IPRA) in London. During that period, as Chairman and Organiser, he led the 2001 International PR Conference in Berlin “Global PR - Managing Cultural Diversity”, in co-operation with IPRA and DPRG, with Sam Huntington’s “Clashes of Civilizations” as a keynote just a month after the Sep’11 attack.

Dr. Stoltz has held a number of honorary posts in recognition of his professional experience. In 1986, he was also honoured for his contribution to the promotion of SMEs with the Order of Merit of the Federal Republic of Germany, and in 2007 he was granted the Order of Merit First Class in recognition of his volunteer work for various projects in South Africa and the international public relations field. For his 50-year FDP affiliation, he was also honoured by the FDP Federal Justice Minister, Sabine Leutheusser-Schnarrenberger.

Dr. Volker Stoltz lives in Berlin, is married to Prof. Dr. Jung-Hee An, and has two children.
He is fluent English and he also studied French and Spanish before completing his education in 1958 at Abitur in Berlin.