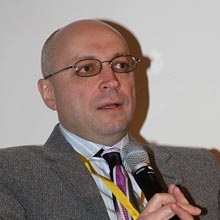 In 1998—2003 he held the office of Chief Editor in Izvestiya newspaper, and in 2004 he joined Public Relations Development Company CJSC as 1st Vice-President.

In November 2005, he was appointed Deputy President – Chairman of the Board of VTB24.