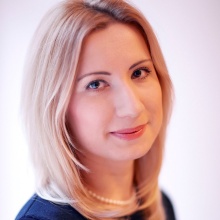 Prior to this, Olga was a Head of Investor Relations, responsible for public and investor information at Raspadskaya coal company - one of the largest coal producers in Russia. At the mean time, she is a Founder of first Russian volunteer organization "Club Volonterov" (2006). During this years, Olga held several charity projects together with the most famous Russian Charity Foundations. She is also a Chief editor of a newspaper “Of one's own free will”.