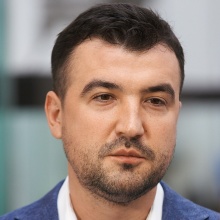 Maxim Vodka has been the chairman of the International Alexander Feldman’s Fund since 2010.

Fund’s current project "Eco Park" is famous for its long-term communication with Ukrainians, which includes such forms of investments seeking as online and offline art auctions, crowdfunding, publishing of "Living Book".

Maxim Vodka also works as a surgeon at A. I. Meshaninov Kharkiv Municipal Emergency Clinic and as a private-assistant at neurology, psychiatry and addictology department at V. N. Karazin Kharkiv National University.

In his charity efforts Maxim Vodka unites his expertise in medicine and science, trying to help great amount of people.