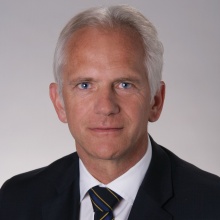 In 1982, Tarzisius Caviezel founded the company Elektro Caviezel AG in Davos which today is part of the Burkhalter Group. From 1997 to 2007 he was the CEO of the Burkhalter Group and stayed in the Group’s management board until 2012. From 2007 to 2011 Tarzisius Caviezel represented the Canton of Grisons in the Swiss National Council as National Councillor. Besides this, he worked as an independent businessman. He chaired the management board of the Hockey Club Davos for eight years and is in the board of directors of the Swiss railway company RhB since 2010. Since January 2013, he is the governing mayor of Davos.