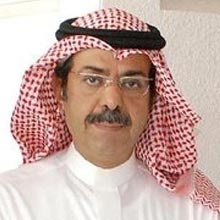 Sultan A. Al Bazie is the co-founder and CEO of Attariq Communications, Saudi Arabia.

He started his career as a reporter and, having graduated with a degree in journalism from KSU in 1979, he became the managing editor of Al Riyadh newspaper. The following year he moved to work with the Saudi Arabia cultural attaché in Paris. In 1993 he was appointed the editor in chief of Al Yaum newspaper in Dammam, and three years later he became the general director of public relations & protocol at the National Guards, as he managed the media for the National Culture & Heritage Festival (Janadriyah).

He worked as media advisor for Saudi General Investment Authority (SAGIA), participating in multiple international conferences and events to promote investment in Saudi Arabia, and dealing with local and foreign media.

He was the Media Advisor and Spokesperson for the General Municipal Elections Committee, organizing and implementing the national awareness campaign, arranging press conferences and media interviews for HRH, the Chairman of the committee, and for the committee members, and also facilitating the local and foreign media coverage for the elections, including giving interviews to the international press, radio and TV networks. He won the “PR Man of the Year 2005” award for this campaign.