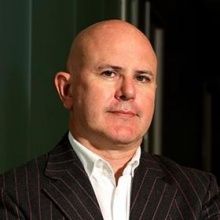 He joined Weber Shandwick in 1995, rising to lead the public affairs practice in London in 1997. He is now CEO of the firm’s UK & EMEA network and a senior member of the global management team.

For eight years in a row, Colin appeared in GQ’s annual “100 Most Influential Men in Britain” ranking. He has appeared on BBC TV’s ‘Question Time’ and is a regular commentator and speaker on communications issues.