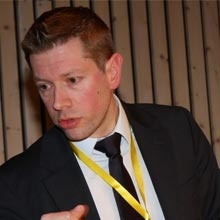 Jan Op Gen Oorth is a Political Speech Writer at the German Federal Ministry of Health. He was born in Cologne, Germany, in 1973, and has a remarkable career in the communications industry. His former position as Communications and Public Relations Officer was at German Consulting South, where he worked between 2005 and 2006. Previously, Jan Op Gen Oorth was a Public Information and Communications Consultant at the CMS-Secretariat of the United Nations in Bonn, Germany.

Jan holds a Master's Degree in several specialties: Political Sciences, Latin American Studies, History, and English, granted from the respective faculties of the Universities in Cologne and Munich, and the University in Fortalenza, Brazil. He is also Junior Researcher at the Center for Development Research in Bonn.